By now, most of us know that EpiPens and Auvi-Qs are both used to used to treat anaphylaxis, life-threatening allergic reactions.  However, who really knows how these life-saving injectors really work? I know that I did not so I found this article extremely informative.  Starting the weekend off a little smarter, we smile on.

How Does Epinephrine Turn Off an Allergic Reaction

Aside from learning how to handle and about TJ’s multiple food allergies, last winter was a challenging one also filled with daycare sicknesses, stomach bugs, eczema flare ups, and the infamous teething. Therefore, we greeted Spring with open arms and full of hope. What we didn’t know was that this new season would also bring new challenges of its own. One of these new challenges would be pollen season.

While both my husband and I have or have had seasonal allergies ourselves, I did suspect that TJ would too. I did not consider how it would complicate matters a bit though.

It was also around April that we started to gradually add baby food jars, by our trusted brands, back into TJ’s diet. From January through March, we made all of TJ’s food as we found that was the best way to control his allergies. He had experienced some skin reactions (not anaphylactic) to a couple jars so we decided that a break may be in his best interest. This had also been suggested by our doctor. Therefore, Saturdays involved many hours of making, storing and prepping all his food for the week. It was exhausting and time-consuming, but we knew it was the best option for him then. Since he had been doing so well, it was around the start of spring we decided with the guidance of our doctor that adding back some of the organic baby food jars was the next step.

So right around the start of a brutal pollen season, we gradually added back jars of carrots, sweet potatoes, pears, and apples. We continue to make his other foods. For the first few weeks, everything was going so well. I felt a sense of relief. Don’t get me wrong, I loved and still love making TJ his meals. However, it was definitely a load off of our shoulders knowing that his body could tolerate some store bought products too.

TJ’s breakfast involved apples and bananas with buck wheat baby cereal mixed in. Everything seemed to be going so well. That was until one early spring morning when after a couple spoonfuls of this mixture, TJ’s lip and mouth became irritated, red and itchy. Thus, he became fussy and refused to eat. We became confused, frustrated, and scared.  Apples were one of TJ’s few safe foods at the time and even in the puffs he was starting to love had apple in them.

How could this be affecting him?

He wasn’t allergic to apples or was he?

Or wait, was it the bananas?

The next day we only gave apples and sure enough, it happened again. We contacted both allergists and even our pediatrician, asking for guidance. 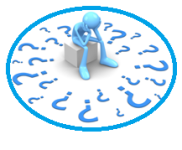 We decided to take the conservative approach, like we usually do. After a week and a half break from apples, we were able to reintroduce them back. For the most part, his skin and mouth no longer reacting to them. ( minus a couple days here and there ) Strange! Or so we thought until learning some additional information about allergies …

From this experience, here’s what we’ve learned as it relates to TJ.

Because of TJ’s multiple food allergies, finding breakfast foods that he will and can eat has been the most challenging. This weekend we were able to safely and successfully introduce the first real cereal to his diet. So far, he seems to really enjoy it and his body is doing wonderfully with it. Although this may not seem like much, to us this is amazing news! Because I know God is working within TJ and guiding our steps, we are beyond thankful and continue to smile on…